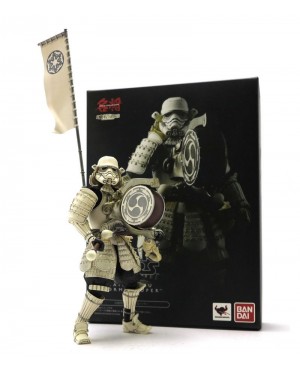 With his Empire-motif banner flying high, Samurai General Darth Vader’s band of feudal Stormtroopers strengthens further with the addition of the Taiko Yaku Stormtrooper. As the name suggests, Taiko Yaku comes carrying a Japanese war drum (“taiko”). Fashioned at his waist is a conch shell, ready at any second to signal troops to attack. Traditionally, the Taiko Yaku was a vital member who kept the rhythm and maintained the troops' formation.