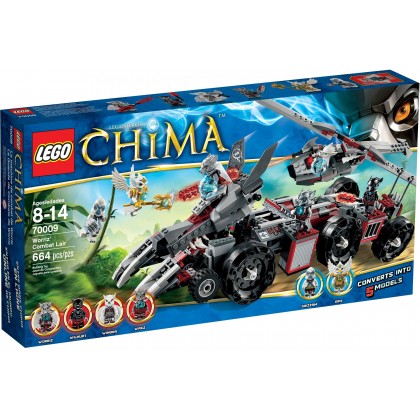 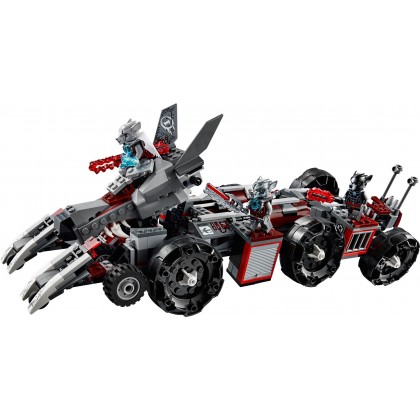 Howl into battle with Worriz’s Combat Lair! Go after Grizzam and Eris with a wolf-powered combat creation featuring 6 huge wheels and 5 detachable vehicles! Launch the helicopter with spinning rotors to combat Eris’s aerial attack. Then deploy the wolf motorcycle and 2 wolf claw bikes for all-terrain ground combat in the jungle with Grizzam! Put them in the wolf truck’s prison with big tires and haul them away! Worriz’s Combat Lair is the ultimate mobile battle machine! Includes 6 minifigures with weapons: Worriz, Wilhurt, Wakz, Windra, Eris and Grizzam.

Box Condition may have shelf wear and not suitable for box collectors.

Please ask for pictures before purchase if this is a concern.