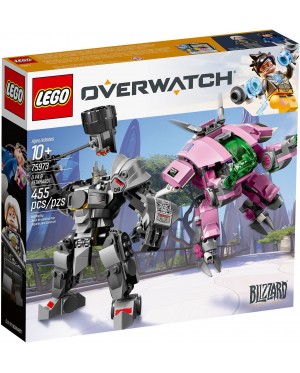 It’s a battle between the Overwatch® tank heroes D.Va and Reinhardt! Now you can build the iconic mech suit and powered armor worn by these heroes in the internationally acclaimed team-based action game Overwatch with LEGO® bricks! These highly detailed constructions feature D.Va and Reinhardt minifigures that you can take out and display with the full suits, plus a buildable version of Reinhardt’s Rocket Hammer. Justice will be done!

WARNING : Choking Hazard. Small Parts. Not for Children under 3 years